ret2win is the first challenge from rop emporium’s series of challenges of learning ROP. The objection of the challenge is to

As always in order to solve any problem we must recon the problem and then understand it so that we can effectively write a solution.

Running checksec on the binary reveals that the binary has only nx enabled and hence it is quite easy to exploit.

pwnme function is reading input from stdin of size 50 meanwhile the buffer is of size 32 and hence we have a classic buffer overflow vulnerability here and we can exploit it quite easily.

Running afl in radare2 lists the functions which are present in the binary and we can see one function is quite interesting which is never called in main or in pwnme function that is ret2win.

Disassembling the function in radare2 we can see clearly that this function is the win function of which the challenge talks.

We can use cyclic tool from pwntool to generate a cyclic pattern and pass it to the binary to crash it and hence generate a coredump which we can analyze to find the offset.

now we can use coredumpctl to get the coredump of the binary.

now opening the coredump in gdb we found the pattern which overwrote the RIP.

we can just use echo to exploit this challenge as the payload is quite small.

And the challenge is solved. 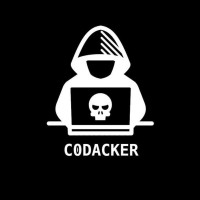 A passionate geek who loves to break stuff and then make it again, with interests in cloud infrastructure, network security, reverse engineering, malware analysis and exploit development.